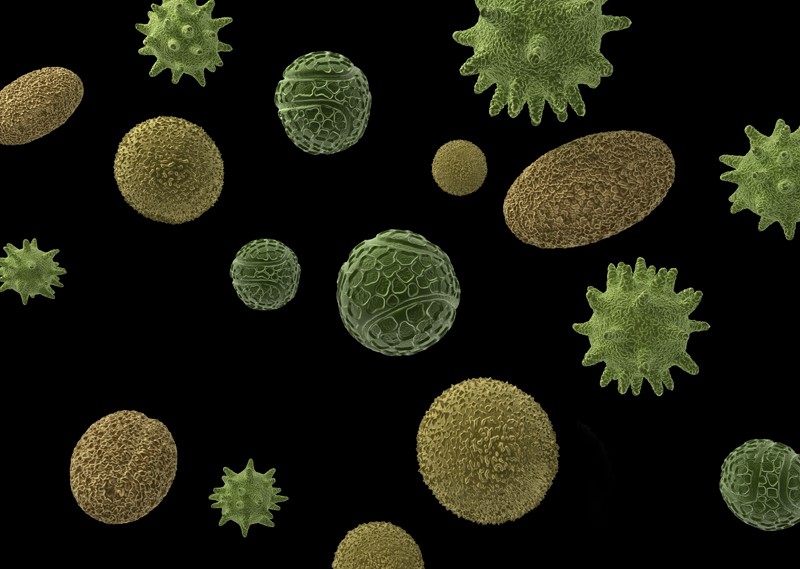 Researchers have used artificial intelligence (AI) to discover nearly 6,000 previously unknown species of virus. The work, presented on 15 March at a meeting organized by the US Department of Energy (DOE), illustrates an emerging tool for exploring the enormous, largely unknown diversity of viruses on Earth.

Although viruses influence everything from human health to the degradation of trash, they are hard to study. Scientists cannot grow most viruses in the lab, and attempts to identify their genetic sequences are often thwarted because their genomes are tiny and evolve fast.

In recent years, researchers have hunted for unknown viruses by sequencing DNA in samples taken from various environments. To identify the microbes present, researchers search for the genetic signatures of known viruses and bacteria — just as a word processor’s ‘find’ function highlights words containing particular letters in a document. But that method often fails, because virologists cannot search for what they do not know. A form of AI called machine learning gets around this problem because it can find emergent patterns in mountains of information. Machine-learning algorithms parse data, learn from them and then classify information autonomously.

“Previously, people had no method to study viruses well,” says Jie Ren, a computational biologist at the University of Southern California in Los Angeles. “But now we have tools to find them.”

For the latest study, Simon Roux, a computational biologist at the DOE Joint Genome Institute (JGI) in Walnut Creek, California, trained computers to identify the genetic sequences of viruses from one unusual family, Inoviridae. These viruses live in bacteria and alter their host’s behaviour: for instance, they make the bacteria that cause cholera, Vibrio cholerae, more toxic. But Roux, who presented his work at the meeting in San Francisco, California, organized by the JGI, estimates that fewer than 100 species had been identified before his research began.

Roux presented a machine-learning algorithm with two sets of data — one containing 805 genomic sequences from known Inoviridae, and another with about 2,000 sequences from bacteria and other types of virus — so that the algorithm could find ways of distinguishing between them.

Next, Roux fed the model massive metagenomic data sets. The computer recovered more than 10,000 Inoviridae genomes, and clustered them into groups indicative of different species. The genetic variation between some of these groups was so wide that Inoviridae is probably many families, he said.

In a separate study, Deyvid Amgarten, a bioinformatician at the University of São Paulo in Brazil, deployed machine learning to find viruses in compost piles at the city’s zoo. He programmed his algorithm to search for a few distinguishing features of virus genomes, such as the density of genes in DNA strands of a given length. After the training, the computer recovered several genomes that seem to be new, says Amgarten, who presented his results at the JGI meeting. The final step will be to learn what proteins those viruses produce, and see whether any of them speed the rate at which organic matter breaks down. “We want to improve the efficiencies of composting,” he says.

Amgarten took his cue from a machine-learning tool reported last year, called VirFinder1, from Ren’s team. VirFinder is programmed to notice combinations of DNA letters, such as AT or CG, in DNA strands. Ren applied the algorithm to metagenomic samples from faeces of healthy people and those with liver cirrhosis, a condition caused by diseases ranging from hepatitis to chronic alcoholism. Once the machine classified groups of viruses in the samples, the team noticed that particular types were more or less common in healthy people compared to those with cirrhosis — suggesting that some viruses might play a part in disease.

Ren’s is a tantalizing finding: biomedical researchers have long wondered whether viruses contribute to the symptoms of several elusive conditions, such as chronic fatigue syndrome (also known as myalgic encephalomyelitis) and inflammatory bowel disease. Derya Unutmaz, an immunologist at the Jackson Laboratory for Genomic Medicine in Farmington, Connecticut, speculates that viruses might trigger a destructive inflammatory reaction — or they might modify the behaviour of bacteria in a person’s microbiome, which in turn could destabilize metabolism and the immune system.

With machine learning, Unutmaz says, researchers might identify viruses in patients that have remained hidden. Further, because AI has the ability to find patterns in massive data sets, he says, the approach might connect data on viruses to bacteria, and then to protein changes in people with symptoms. Says Unutmaz, “Machine learning could reveal knowledge we didn’t even think about.”

This could end one of the most common forms of blindness.

British physicians have successfully used stem cells to repair the degenerating tissue at the back of two patients' eyes in a world first, effectively reversing their diminishing eyesight.

It's now hoped that an affordable form of the therapy could be made available in the UK within the next five years, opening the way for more than half a million people in the UK and millions more around the globe to have their impaired vision restored.

The two elderly patients reported on in a recently published case study suffered from a condition called macular degeneration – an age-related condition of the retina that is responsible for roughly half of all cases blindness.

In simple terms, the disease involves a breakdown of the layer of cells behind the light-sensitive rods and cones forming the eye's retina.

This layer of tissue, called the retinal pigment epithelium, helps transport nutrients into the retina's outer layer and remove waste; its loss leads to a build-up of materials that slowly kill the surrounding cells.

As time passes, this steady degeneration can gradually widen into a blind spot that interferes with a person's vision.

The fundamental causes of the cell layer's failure aren't all that clear, yet risk of getting the condition increases significantly in those over the age of 50.

Although small, the blind spots' position fall on a tiny zone called the macula – an area of tissue that captures most of the detail of whatever it is we're focussing on.

That rules out reading, watching television, or even recognising faces.

For 86 year old Douglas Waters, one of the therapy's recipients, the condition meant losing half of his field of sight.

"In the months before the operation my sight was really poor and I couldn't see anything out of my right eye," Waters told BBC health and science correspondent, James Gallagher.

Treatments for the most severe forms of macular degeneration exist, but can involve frequent injections into the eye, which we can all agree isn't exactly a pleasant concept.

Waters was one of two patients to undergo surgery a year ago, where a patch of specially designed embryonic engineered stem cells just 40 microns thick, and 4 by 6 millimetres wide was inserted into their retina.

These cells were not only grown to replicate the diverse cells in the retinal pigment epithelium, they were coated with a synthetic compound that helped them stick in place.

While the transplanted cells weren't a perfect replacement, with some small signs of rejection causing an uneven spread of cells, they appeared to remain relatively healthy.

Both patients also reported improvements in their vision, which is really where it matters.

"It's brilliant what the team have done and I feel so lucky to have been given my sight back," Waters said to the BBC, claiming he could now read the newspaper.

Further monitoring against rejection and cancerous changes in the cells will also ensure the procedure is as safe and effective as possible.

The research team has permission in this stage of clinical trials to test the procedure on a further eight recipients.

If all continues to go well, the procedure could soon be made more widely available.

"We hope this will lead to an affordable 'off-the-shelf' therapy that could be made available to NHS patients within the next five years," ophthalmologist Pete Coffey from the University College London's Institute of Ophthalmology told the BBC.

Time will tell what this means for the some 100 million people worldwide facing a future with age-related macular degeneration.

Another promising therapy tested last year used an engineered virus injected into the eye to slow and even reverse the effects of the condition, but appeared to be impeded in some by the patient's immunity.

While the procedure is more invasive, stem cells could be the way to go.

We can only hope that Doug Waters is the first of many to get a new lease on vision.

This research was published in Nature Biotechnology.