The Standard SM-2 Block IV will provide the airframe for the SM-6 program and the AIM-120 AMRAAM the active radar guidance system.

During the U.S. Navy's Combat Ship System Qualification Trials, the USS Chancellorsville (CG 62) tested two  Standard Missile-6 interceptors against anti-ship and cruise missile targets. As part of 'engage on remote' scenarios, the ship launched the SM-6 interceptors prior to its own radars 'seeing' the incoming threats, using targeting information from another Aegis ship in the area-the USS Sampson (DDG 102).

"Advanced warning and cueing from another sensor or ship allows the U.S. Navy to take full advantage of SM-6's over-the-horizon capability," said Mike Campisi, Standard Missile-6 senior program director. "Now the warfighter does not have to wait until the threat is knocking at the door to take it out. Targets are destroyed much sooner and one ship can defend a much larger area." 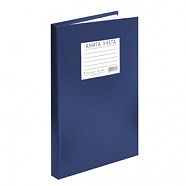