Navy acquisition chief Sean Stackley says that the initial buy of 90 LRASM missiles from FY 2017 – 2019 is a special justification and authorization buy following DARPA development, in order to get the air-launched version onto USAF B-1 bombers (which will already have JASSM integrated) and USN F/A-18E/F Super Hornet fighters. US budgets actually show 110 missiles from FY 2017 – 2019.

That sole-source buy has sparked a GAO protest from Raytheon: its JSOW-ER, which it argues offer comparable capability at lower cost. The cost assertion is correct, but the capability assertion is not, given that LRASM’s offers almost twice the range at twice the speed. The real question for the Navy is how much capability it really needs, something that’s beyond the GAO’s purview.

However that shakes out, Stackley says that the US military plans to compete OASuW (“Offensive Anti-Surface Warfare Weapon Dev program”) after that.
Raytheon will have to be offering an upgraded Tomahawk instead of JSOW-ER, which it should be on track to do by FY19, or substantially widen JSOW-ER’s capabilities. Kongsberg’s Naval Strike Missile may also have new capabilities by that time. 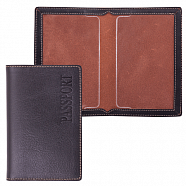